Last autumn I started a series of 23 x 26 cm paintings. I have a compulsion to depict changing seasons, and this time, instead of condensing the three months of a season into one painting, I indulged in going through the year slowly, month by month, spotlighting salient and representative moments I have experienced in my long life. I used old architect stencils to paint in the names of the months.

JANUARY
I live in a small town in the south of France, Aix en Provence, which has a handsome, open boulevard called the Cours Mirabeau. The days are short and twilight descends before anyone gets a chance to get home. The holidays are over. The great, now fragilized, Platanes (at least half have succumbed to disease), are bare.

FEBRUARY
is usually the coldest month, even as the earth turns towards the sun in the Northern hemisphere. What I love about winter is the reduced palette. I can’t get enough of greys and whites. Trees huddle together companionably in their dormant phase.

MARCH
The sun makes noticeable progress and the first signs of life emerge in the plants and trees. When I was a kid I remember coming upon a pussy willow tree (Salix discolor) displaying its adorable catkins in the middle of the woods surrounding our house. The flowers of this willow really look and feel like cat toes! I was so enchanted I tried again and again to find the magical tree, not yet understanding that the catkins are ephemeral and the tree would look entirely different later in the season.

APRIL
Although this year we have been experiencing a drought, usually the month does bring April showers. One place one is pretty much guaranteed to encounter them is England, where my niece lives with her children outside of London. I was charmed by the combination of a delicate rain and the bright, first blossoms of the year.

MAY
I first arrived in Aix in the winter of 2013. I found my apartment that spring. I am only a few minutes by foot from the center of town, and its Marché. Seeing my lilac-filled caddy in front of my new home made me very happy.

JUNE
seems to be the most flowery month everywhere I’ve lived. In Northern California early June still affords good hiking weather before the fogs set in. The wildflowers haven’t yet succumbed to the dry summer season.

JULY
I miss the lush greenery of my childhood in humid New York State. I found a reminder of that rich palette on a trip to England, where the streams don’t run dry.

AUGUST
There is nothing like the profound ease I feel on a warm summer evening, where one can swim as late as you like, and picnic or hang out with friends at the beach. This one was in Southern Portugal.

SEPTEMBER
is the month where it still feels summery, but the weather can give one a preview of the harshness to come. On a ferry after having gone to the Frioul islands off Marseille for a day at the beach, we were pursued by a dramatic roll cloud, which held its temper for the boat ride but gustily burst upon us just outside the parking garage.

OCTOBER
Once again in Buckinghamshire, this time after the harvest (Barley?). The landscape there is so civilized—gentle rolling hills, all cultivated, with decorous copses of trees between the fields.

NOVEMBER
Every November without fail, the starlings perform their miraculous murmurmations in the skies over Aix. I am heartened that at least some animals manage to keep up their populations in their ever decreasing habitat.

DECEMBER
I’ve only experienced one real snowfall here in Aix. But it was so impressive—great big snowflakes on the Cours Mirabeau. 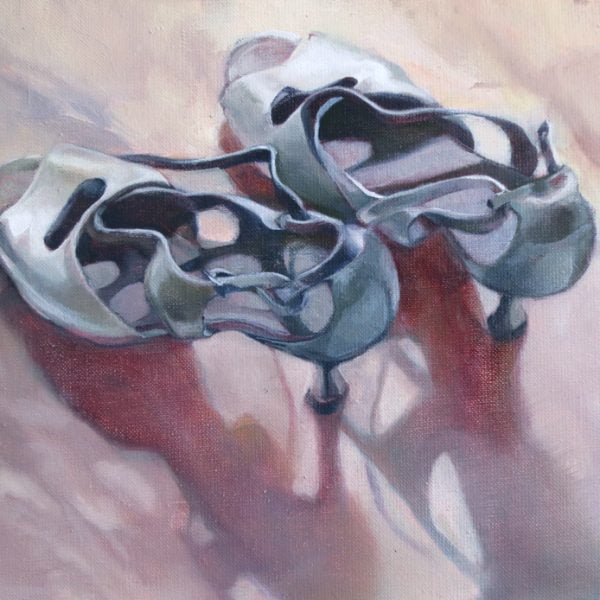