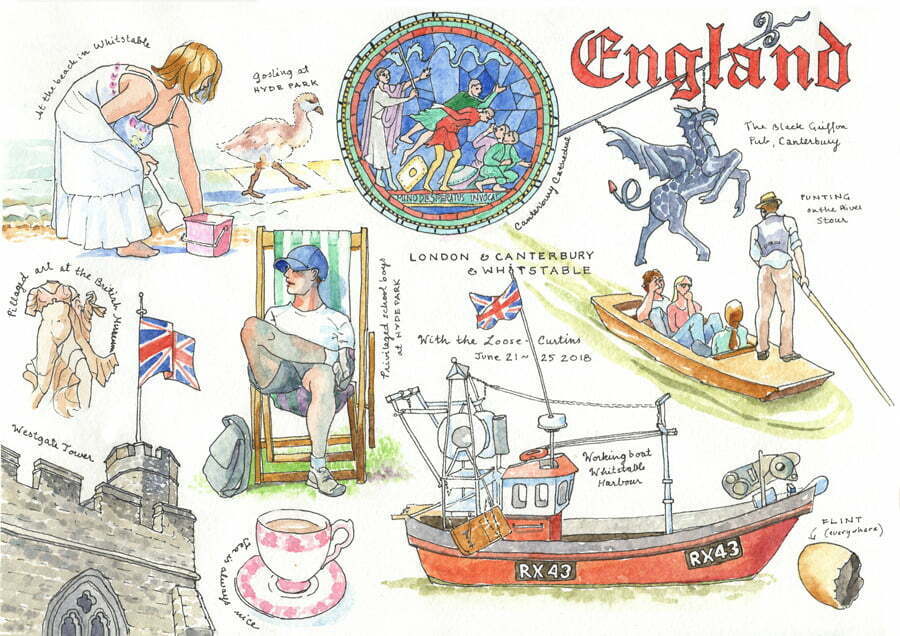 On the occasion of a good friend’s 60th birthday, I went up to London to spend a few wonderful days together. We started off in London, where I tried to pack in a few exhibits in just a couple of days. The best show was at the National Portrait Gallery, where they hold an annual competition for Portraiture. The 100 winners’ art was terrific: many different styles, very accomplished techniques and really only one dud.

We also saw an exhibit at the formidable British Museum, where they combined loans from the Rodin Museum and their own hoard of plunder from the Parthenon. I was shocked at the quantity and quality of the sculptures from Greece: How the heck are they still ensconced in London and not repatriated? In horror I imagined just how some 19th century Brits hacked off the bas-reliefs from the façade. Still, I thoroughly enjoyed looking at them. 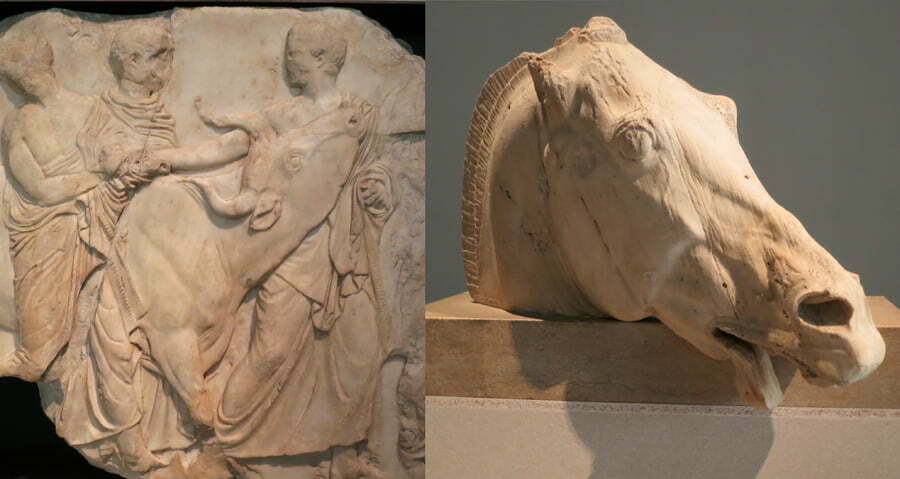 We had absolutely perfect weather the entire holiday: Sunny, blue skies and fresh breezes. We were there for the Solstice, which we celebrated with a stroll around Hyde Park, where goslings, ducklings and cygnets vied for the cuteness prize. 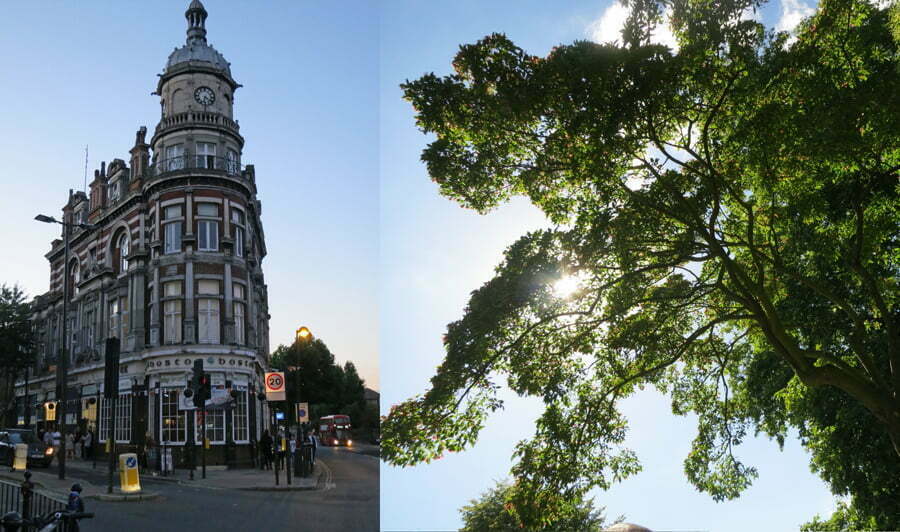 My friends had booked a perfect house in Kentish Town close to an underground station. Taking a holiday in a Northern country at this time of year gives you 150% because of the added daylight hours. The shot at the left was taken at around 9:30 pm (despite what the olde-fashionede clock may say).

Coming back to our peaceful neighbourhood was nice after a day tramping around town, but animated enough for good dinner options so we didn’t have to descend into the subway again.

I was reminded of San Francisco by the colourful houses on nearby  Leverton Street. The cat was in a neighbouring house on our Railey Mews.

On Saturday we took the train to Canterbury, where we stayed the rest of our trip together. Once again, my friends had found an ideal home base: this time right in the center of town, with even a view of the nearby Cathedral. We were regaled with the (real) bells, especially on Sunday morning.

The river Stour runs through the town in a picturesque fashion. I expect at the town’s founding, it wasn’t simply for its charm that the waterway was valued!

I was mesmerised by the river weed.

The town is most famous for it’s magnificent medieval Cathedral, which, alas for us, was undergoing some repairs, which blocked much of the ceiling from our view. We paid a visit during the day and were drawn to the sound of what I thought was a recording. In fact it was a rehearsal for that evening’s performance (which we hurried to book) of Sir Edward Elgar’s 1900 “Dream of Gerontius” based on a poem by a Catholic convert, John Henry Newman. The tenor was the sublime Andrew Staples, the conductor Richard Cooke and mezzo-soprano Kathryn Rudge. The Canterbury Choral Society backed them up, along with the CCS Youth Choir, which together made a dazzling presentation.

The Cathedral is renowned for the dramatic murder of its 12th century Archbishop, Thomas à Beckett, who had fatally irritated  King Henry II by his persisting in excommunicating royal lackeys who, along with Henry, were bucking the independence of the Church, at the time was still tightly connected with Rome. (Later, Thomas More, another cleric of high standing, suffered a similar fate for standing up to his lay superior, Henry VIII.)

The stained glass windows are particularly good. Those glass workers certainly knew how to portray grief! There are many pieces that survived the bombardments during the Second World War, unlike their equivalents on the continent.

The town of Canterbury was where the very first Archbishop, Augustine, established the Church in England (Catholic at the time) around 597. We visited the site of his original church, later a flourishing Benedictine monastery. The ill-fated structure was completely rebuilt when the Normans took over, and received the coup de grace by the wilful and petulant (remind you of anyone?) Henry VIII, who encouraged  its destruction and the raiding of its treasures (including a precious library) in 1541. Below is one of the windows in the remaining ruins.

You’ll note that the original structure made use of the flint we see in other Kent buildings, as well as on the local beaches. Flint is a sedimentary quartz rock, which can be found as nodules within chalk (as in the White cliffs of —nearby— Dover). I collected my share of this beautiful stone, which chips off in handy sharp slices to serve as an arrowhead, if you should so wish. With my samples, I haven’t yet succeeded in creating sparks against steel however.

Wandering along the river one day, we came upon a lovely park, the Westgate Gardens, where an enormous plane tree of bizarre proportions presides. Among the seeding Linden trees we came upon white-jacketed scientists perched upon crates, speaking to groups of regular folks (like us). Each specialist shared her knowledge for about 10 minutes. We were regaled with interesting facts such as about the evolution of the human hand, and the circadian rhythms of plants. It turns out there is an organisation called Soapbox Science which promotes women scientists and the work they are doing, “Bringing Science to the People”. We were lucky enough to run into them.

We very much enjoyed our stay in lovely Canterbury, playing the tourists like everyone else, though stopping short of going on a punting tour of the town.

Our last day was spent in Whitstable on the sea about 6 miles away. The village is apparently famous for its oysters and the harbour is dedicated to their harvest. As on every other day there, we enjoyed a sunny day at the beach with a delicious picnic. We resisted any urge to try the jellied eels. 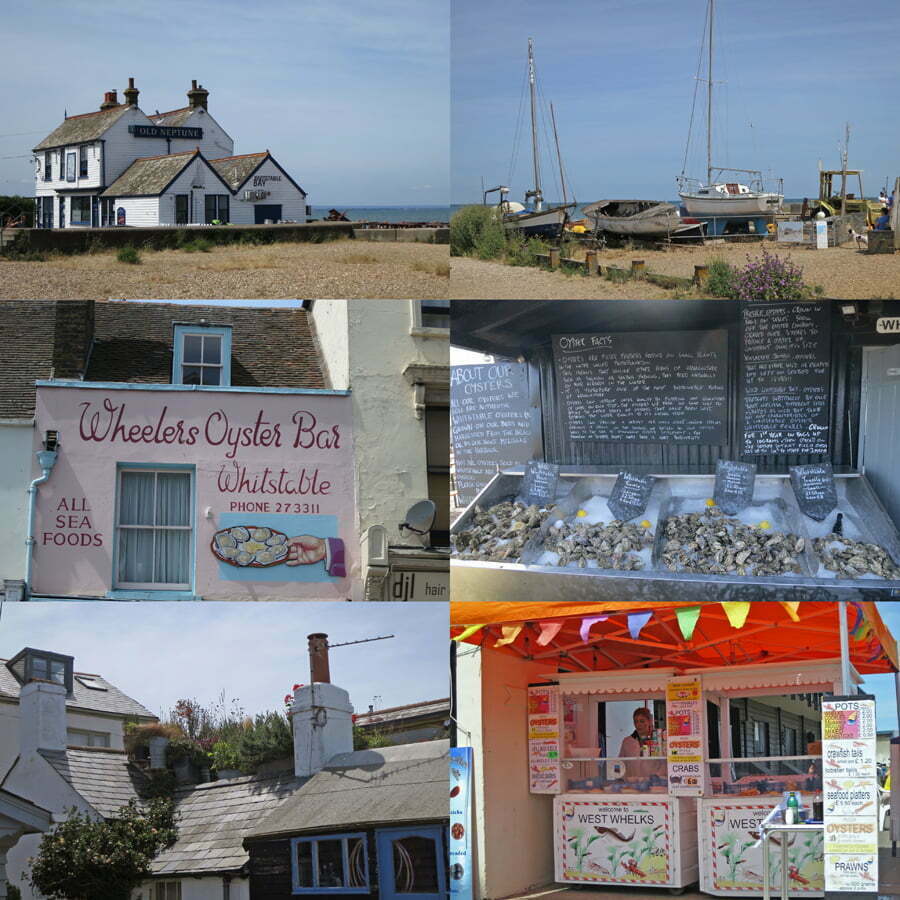 Every time I visit England I am always confused by how alien their culture is for an American, despite the (almost) common language. Full of pomp and leftover imperial arrogance, it also is the home of twee cottages and lace and a celebration of harmless idiosyncratic behaviour. Maybe that’s why the British sense of humour is so darned funny to me. By the way, did you know that the Union Jack is comprised of the superimposition of the English flag (red cross on white: St. George’s cross), that of Scotland (the white “X” on blue: St. Andrew’s cross) and that of Northern Ireland (a red “X” on white: St. Patrick’s cross). Wonder what they’ll do if Scotland or Northern Ireland secede. But then again, I’ve been seeing plenty of flags with plain red crosses since Brexit. 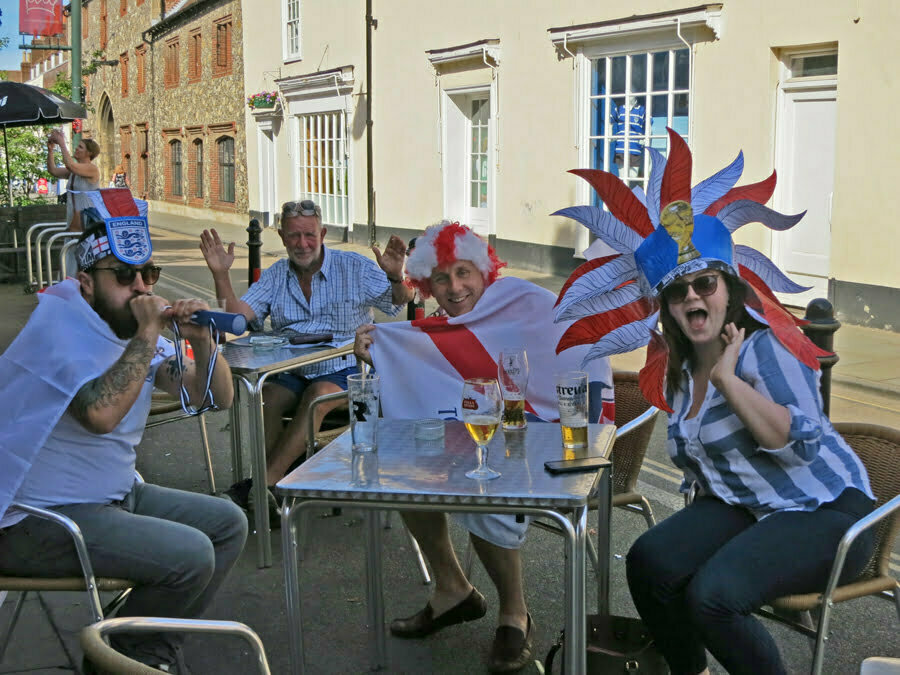