In July I visited Corsica, which is a province of France, though I don’t think the inhabitants are too keen about that. (Witness the crossed out French translations of Corsican village names on the signposts). But this island has the best beaches I have ever seen, and some amazing scenery. Very steep and narrow roads make Corsica (along with it’s history of blowing up signs of modern development) difficult to know. I was fortunate enough to have an “in” because my sister’s old school buddy, Baba (Bernadette) is Corsican, and we rented her funky (none of the risers on the stairs was the same so you really had to be careful, especially if wine was involved)family home in a tiny village (Soriou) up in the hills. Of course, we descended every day to the beach at St Florent. Corsica is and has always been pretty poor, thanks to colonial-style exploitation, and some of their art forms (working with stone, singing a capella) reflect that. 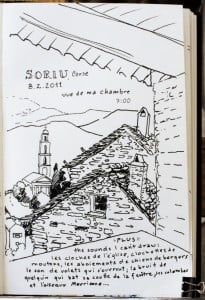 The view from my window in the peaceful village of Soriu 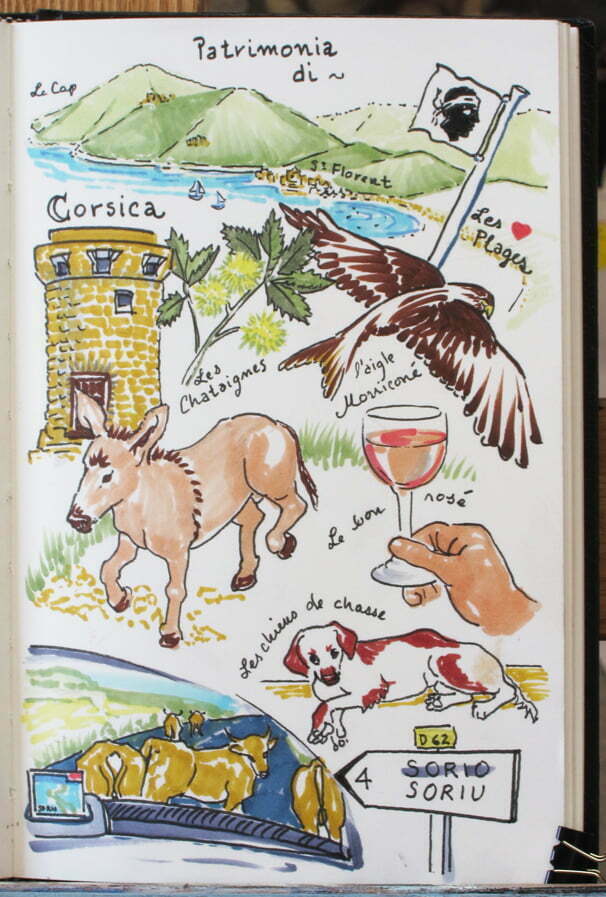 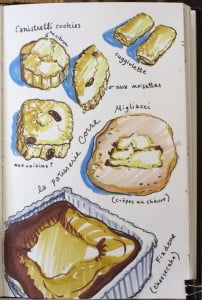 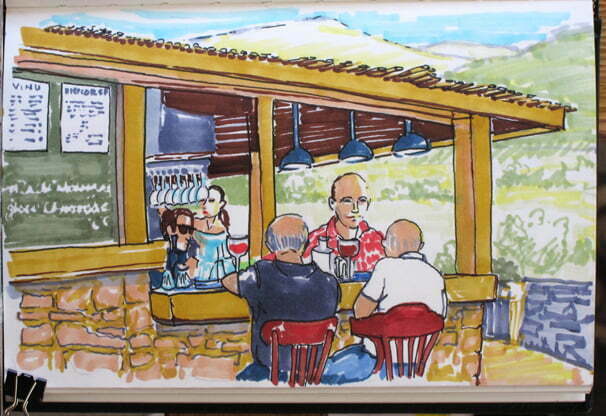 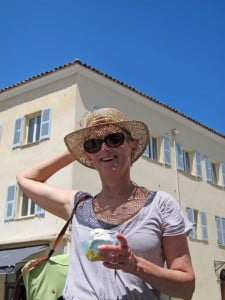 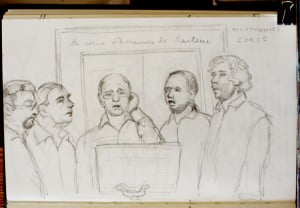